Caring for the People Who Care for Patients 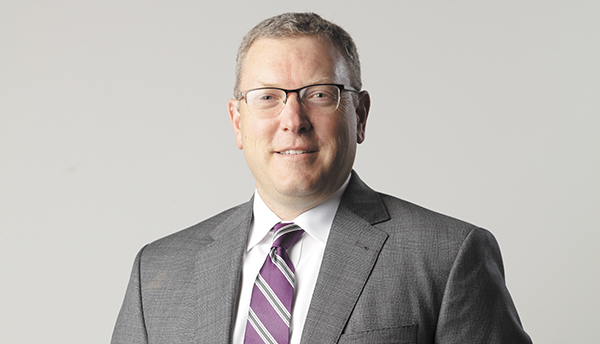 PINE BLUFF--The formula for success at Jefferson Regional focuses on hiring the best possible people, giving them the tools and resources they need to do the job, and then simply getting out of their way, said Jefferson Regional President and CEO Brian Thomas.

"My job is to take care of the people who take care of the patients - the physicians, nurses, clinical and support staff," Thomas said. "Treat team members right by creating an environment they are happy to work in. Hire competent people, and invest in them to do their job. Effective leaders cannot focus on their role if they are micromanaging everyone else."

Since taking the top job at Jefferson Regional, Thomas has focused on opportunities to rebuild a culture that people are proud of.

"The first thing we did was start from the ground up by focusing on treating everyone with respect," Thomas said. "Then, we began hiring people who embraced that philosophy and style."

The entire workforce has undergone training on enhancing the patient care experience, and employee engagement has gone from the single digit percentile three years ago to the 75th percentile in the most recent survey.

"That is phenomenal," Thomas said. "I give a lot of credit to the management team. As word has gotten around that this is a great place to work, recruiting has become easier. People in other parts of Arkansas are hearing good things about our organization. That makes our job easier when people learn this is a place that is successful and that they want to be part of it."

To make sure the momentum continues, Jefferson Regional holds off-site retreats several times a year that engage managers and directors to focus on improving the way they do business. Thomas said that has been successful because leaders feel they have a direct role to play in providing the absolute best environment for patient care.

"You would be surprised at what you learn at sessions like that," Thomas said. "The culture has really changed so people aren't afraid to speak up. And showing that management cares about what is going on creates a different environment."

Thomas said Jefferson Regional's greatest asset is the quality of their staff.

"They find every way under the sun to take care of patients," Thomas said. "We do an exceptional job of that and it has only gotten better the past several years. We continue to find success no matter what the challenges are."

Currently they are focused on partnerships to provide the kinds of specialty services that will keep patients in Southeast Arkansas rather than traveling to Little Rock. Arkansas Urology and Arkansas Children's Hospital are the most recent additions to Jefferson Regional's list of healthcare partners.

"We recently lost two outstanding urologists and were able to secure a new urologist through a collaborative effort with Arkansas Urology," Thomas said. "With Arkansas Children's, we are focusing on how to bring the next generation of pediatricians to our region. I've been impressed with how the team at Arkansas Children's has stepped forward to build and maintain the pediatrics platform in our community for years to come. I can't think of a better partner than Arkansas Children's. The focus is not to be all things to everybody, but figure out how we can partner with the right groups and organizations in a way that makes good business sense. This is really where healthcare is going."

Another new effort is a plan to provide oncology services in the hospital by 2020. Furthermore, the hospital has been working on a $180-million modernization project that is anticipated to begin in 2020.

"The goal is to develop the next generation of facilities needed to take care of patients in this market," Thomas said. "Healthcare is very competitive these days. Driving to Little Rock to get services is not unusual, so we have to be more aggressive to make sure patients come our way."

Another major challenge in the Delta is a shrinking population base.

"The population of our region is becoming smaller," he said. "But we remain committed to providing excellent healthcare to not only Pine Bluff, but all of Southeast Arkansas. There are a number of critical access hospitals near us that rely on us to care for patients who need that next level of service."

Jefferson Regional is not the only organization in Pine Bluff preparing for growth. There are major efforts underway to promote economic development in the local community, including the Go Forward Pine Bluff Initiative, where Thomas serves on the board of directors.

"It is exciting to see good things happening in Pine Bluff," Thomas said. "These efforts are being supported by companies and taxpayers. Everyone in the community is committed to success."

Pine Bluff now has a casino, which is expected to help the area's economy. Furthermore, Arkansas Children's Hospital is spending $4 million on construction of medical offices.

"These actions are a strong signal of what constituents think about Pine Bluff," Thomas said. "It is exciting to watch."

Thomas was born in Shreveport, La., and moved to Texas at age seven. He graduated from Louisiana Tech with a degree in health information managementmedical records administration and then earned master's degrees in Health Administration and Business Administration from the University of Birmingham in Alabama. He first joined Jefferson Regional Medical Center in 1998, serving as administrative director of operations and physician practices. He then took a position as CEO at Howard Memorial Hospital in Nashville, followed by chief operating officer roles for Tenet Healthcare in Indio, Calif., and Community Health Systems in Huntsville, Ala. In 2010, he returned to Jefferson Regional as senior vice president/COO. Thomas began serving as interim CEO in March of 2016 and was named permanent president & CEO in February of 2017.

Thomas and his wife, Angela, have two daughters. Kaleigh attends Ouachita Baptist University, and Laura Kate is a ninth grader. In addition to enjoying watching his daughter play in volleyball tournaments, Thomas loves to hunt, fish, and play golf.