Answering Patients Who Question the Value of Mammograms

Mammograms to detect breast cancer have become a very controversial issue with a recent 25-year Canadian study that showed having yearly mammograms didn’t reduce breast cancer deaths in women from ages 40 to 59. Another study,

“Effect of Three Decades of Screening Mammography on Breast-Cancer Incidence,” published in the New England Journal of Medicine in November, 2013, concluded that breast cancer was overdiagnosed (tumors were detected on screening that would never have led to clinical symptoms) in 1.3 million U.S. women in the past 30 years.

“Screening is having, at best, only a small effect on the rate of death from breast cancer,” said study co-author H. Gilbert Welch, a professor of medicine at the Dartmouth Institute for Health Policy and Clinical Practice. Gilbert said false alarms are exceedingly high.

“Among a thousand 50-year-old American women screened annually for a decade, how many will have at least one false alarm?” Welch asks. “Our estimate ranges from 490 to 670. The data come from the mammographers themselves.”

With those studies getting a lot of press, healthcare providers may be getting questions from patients about whether mammography is really worth it.

Arkansas experts said the studies should be taken in light of numerous other studies that do show mortality benefits. Another point is that the mammography screening equipment used today is superior to that used for the women considered in the two studies above.

“I can hear both sides of the story,” said Issam Makhoul, MD, a breast oncologist who is an assistant professor at the University of Arkansas for Medical Sciences (UAMS). “Our obligation to the patients is to tell them the good, the bad and the in between. The imaging techniques used 25 to 30 years ago are obsolete. Some studies using these techniques showed benefits to mammography and some didn’t. With better technology, it is likely that we can detect cancer better now and protect patients from dying. We have data from very well-balanced mammography studies showing there can be a 23 percent decrease of the risk of dying from breast cancer.”

While mammography can save lives, it can cause harm indirectly, as well.

“All of us are walking around with baby cancers that will never become a problem,” Makhoul said. “This is what was found with prostate cancer that it was being overdiagnosed and surgery was commonly being done on cancer that would never harm anyone.”

Makhoul said false alarms can be expensive too, especially if they require a biopsy, and can cause tremendous anxiety.

“But we cannot know if these cancers would have stayed quiet or progressed to a full blown disease,” Makhoul said. “Mammography has its limitations, too, as some patients may be diagnosed with cancer in the interval between two tests.”

Those skeptical of the benefits of the mammograms argue that if they were effective, you would expect the incidence of advanced stages (3 and 4) breast cancer to have declined. Yet, that hasn’t occurred. Still, Makhoul said there is no question in his mind that mammograms help save many lives and should be considered by all women after certain age.

The studies referred to above that showed little mortality benefit were done on women under the age of 50, yet women over 50 are more likely to have breast cancer.

“Cancer is a disease of older women,” he said. “Screening is more likely to save lives if the patients are older. You have to remember the lifetime risk is one in eight women get breast cancer, 12 percent. The risk is greater as a woman ages.”

Appathurai Balamurugan, MD, MPH, medical director, Chronic Disease Prevention and Control Branch, Arkansas Department of Health, recommends that healthcare providers faced with questions from women about the benefits of mammography discuss with them the fact that mammograms are still recommended by the National Cancer Institute and the Centers for Disease Control and Prevention.

“The U.S. Preventive Services Task Force compiles all these studies and makes universal recommendations,” Balamurugan said. “For example, there is another study from Sweden that shows a 31 percent reduction in mortality from biennial screening mammography. Mammography has shown to provide a 15 percent reduction in mortality for a long time now. Breast cancer deaths can be prevented.”

The U.S. Preventive Services Task Force recommends that women ages 40 to 49 discuss with their physicians the pros and cons of screening. After age 50, women need biennial mammography until age 74.

As a physician himself, Balamurugan has seen that news about mammogram studies that show no benefit are confusing to women with no medical background, and make them apprehensive.

“I always recommend women talk to their physicians about mammography,” Balamurugan said. “Talk about the risks and benefits. It is not one shoe fits all. Other factors that need to be taken into account are a personal or family history of breast cancer, menopause at a later age, a menstrual cycle that began early, no children, no breast feeding, and a history of being on hormone replacement therapy. Those are some of the factors physicians would assess regarding recommending screening. Empower women by giving them good information, and let them have shared decision-making in screening.”

Makhoul said there is no reason to recommend mammograms as mandatory for women at a certain age. In addition to the risk factors mentioned above, he recommends looking at a detailed family history of cancer. Women with a family history of other cancers including colorectal cancer might be predisposed to breast cancer.

“I would make it more of a choice from ages 40 to 50,” he said. “At age 50, I would tell a patient to consider it every two years. At 60, I would be more forceful recommending a yearly mammogram.”

Tailor the recommendation to the age of patient and the amount of risk. It is important to tell patients about the risk of false positives, over diagnosis and interval cancers.

“If we find something, we have to pursue it,” Makhoul said. “This generates a lot of anxiety that sometimes lasts many months if you tell them to come back to be tested again in three or six months. In the majority of cases, it will be false positives, and the patient will have been anxious all this time. Most of the time, it ends up being nothing.”

West Memphis Radiologist Re-elected to the AMA Board of Trustees 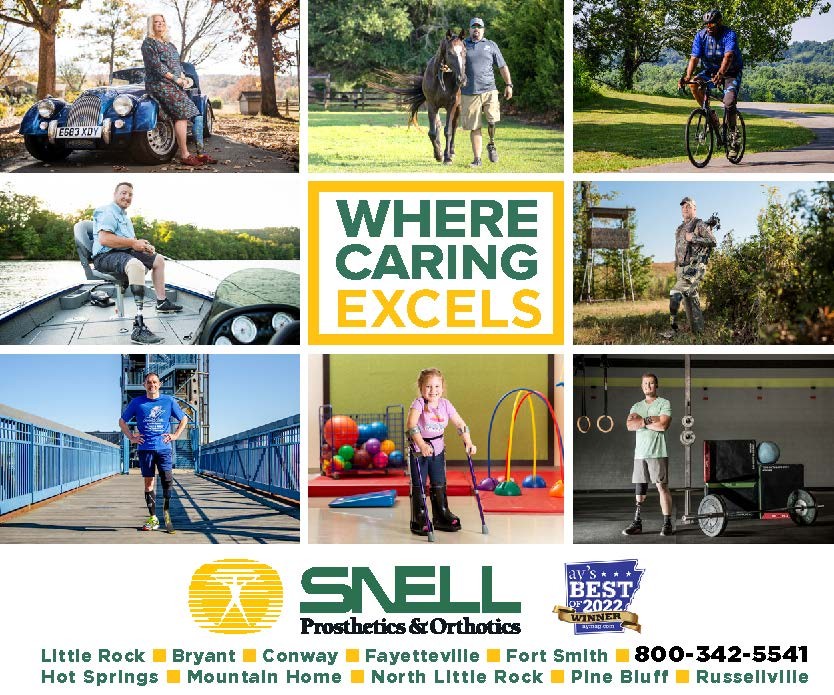